Plus, Alibaba is to buy over a third of BigBasket, an online grocer in India, for about $300 million. About 40 percent of the mushrooming bitcoin market is held by perhaps 1000 users.

At the beginning of the week, China’s e-commerce giant Alibaba is already poised to flex its muscle in India, planning to buy over a third of online grocery BigBasket. This move is likely to intensify the competition in one of the most dynamic markets for e-commerce. Singapore: Uber is to sell 51 percent stake in its car rental unit in Singapore to ComfortDelGro, city-state’s largest taxi operator at the price of $218 million. Following the deal, ComfortDelGro’s taxi drivers will be able to receive ride requests from Uber users. (DealStreetAsia)

Singapore: The government plans to seek public feedback on a regulatory framework for short-term letting of apartments like Airbnb. (DealStreetAsia)

Vietnam: Global brewers line up bid for a stake in Sabeco, Vietnam’s largest brewer. The government plans to raise $5 billion through the country’s largest privatization. Vietnam allures brewers by its fast-growing market and the beer drinking culture. (DealStreetAsia)
Vietnam: The communist state plans to raise more than $570 million by selling stakes in an oil refinery, an oil distribution firm and a power company. The accelerated privatization in recent weeks comes as the country need to fund a budget deficit and grapple with the growing public debt. (DealStreetAsia) Alibaba is to buy over a third of BigBasket, an online grocer in India for about $300 million. The deal comes as the Chinese e-commerce giant plans to build in India which is one of the most dynamic markets for e-commerce. (EconomicTimes)

A merger between Mobike and ofo would be good for both companies, as the future fight would bring about losses for the two, according to Zhu Xiaohu, investor of ofo. He also pointed out that the potential merger is a complex issue, as interests of investors, startup owner, shareholders and users would be hard to balance. (Sina)

Ant Financial’s VP Xu Hao, said cash-loan without any usage scenario is usury in nature, while consumer finance and consumer loan in compliance with regulations are different. (Sina)

IFLYTEK, the software enterprise focused on the research of intelligent speech and language technologies, plans to dig into areas including smart customer service, health care, and education, as it faces increasing competition from Baidu, Alibaba and Tencent. Businesses with BAT only generates 0.2 percent of the company’s total revenue, according to the company’s senior VP Du Lan. (iFeng)

Toutiao is reportedly seeking fundraising as much as $30 billion or more. (Sina)

JD plans to replace all its delivery vehicles to EVs before the Chinese Spring Festival, as the company wishes to contribute to the environmental protection. (Sina)

Convenience store chain, Bianlifeng, puts around 10,000 new Self-service selling points in use per week as part of its plan to expand into the staff-less store business. (36Kr)

Airbnb has over 150,000 houses and rooms available in China on its platform. The house-sharing company plans to make China its world’s biggest market by 2020. (Techweb)

Beijing-headquartered VR/AR company, 51VR, has closed a Series B funding round worth around $31.7 million led by Moma and SenseTime, followed by over 10 investors and institutions including Start VC, Lightspeed China Partners, Green Pine Capital, Green living equity investment fund, Shanghai Pudong Development Bank. The round is the biggest in the VR sector so far this year. (jiqizhixin)

Until November 8th, over 120,000 citizens in Beijing have applied for quota on new energy vehicles. The authority is to verify the applications and issue the result online on December 25th. (Tencent) 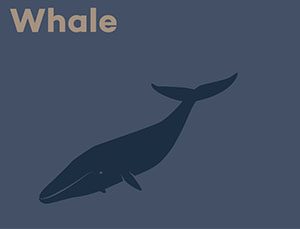 About 40 percent of the mushrooming bitcoin market is held by perhaps 1000 users. Whales, holders of large amount bitcoin, are making investment in bitcoin risky as they can send prices plummeting by selling a portion of their holdings. They are believed to be able to band together to tank of pop up the market. (Bloomberg)

U.S.’s leading place in AI may be challenged by the U.S. Congress’s tax plan, as the latter threatens to raise costs for graduate students significantly, resulting in reduces in funding and stricter immigration rules. (TechnologyReview)

Bitcoin looks remarkably like a bubble and is too unstable to be useful in the future, according to Grant Spencer, Acting Governor of New Zealand’s Central Bank. (Bloomberg)

Apple plans to acquire UK-based Shazam, a music recognition app, for $400 million. The app connects users to the music, TV shows, and brands. Its market capitalisation was valued at $1.02 billion in its latest funding round. (TechCrunch)

Tesla is working on AI chips, according to Elon Musk at a private party during the NIPS conference. He also claimed the chip may be the best in the world. (NetEase)

Apple revealed that its self-driving system can automatically detect and make predictions on the movement of cars and pedestrians, according to Ruslan Salakhutdinov, Director of AI research at Apple. (iFeng)