Kr-Asia Daily: Grab Appoints Ex-Visa Country Manager as Managing Director of GrabPay | KrASIA
Plus, China’s state-owned automaker FAW acquired a 10% stake in Mobike. Bitcoin saw a steep fall in its price to under $15,000, as concerns that regulators will tighten their grip on cryptocurrencies

The bitcoin bubble may be on its way to blast. Following China and South Korea’s tighter grip on the trading and mining of the most popular cryptocurrency, the price of bitcoin slumped to under $15,000 on Jan 8, raising worries about the financial risks that it would pose to the global financial system. The Philippines: Conglomerates Ayala and Yuchengco announced that the two are planning a merger of their education business. (Deal Street Asia)

The Philippines: The Philippine Stock Exchange (PSE) mulls to embrace changes, including exploring ICO and exclusive boards or governing bodies for tech companies and startups. The PSE has long been criticized for its strict rules and regulations in listing and trading. (Deal Street Asia)

Thailand: Startups in Thailand banked a record total of more than $120 million in funding in 2017. (Deal Street Asia) 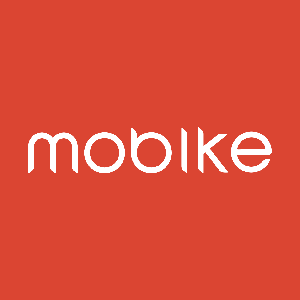 China’s state-owned automaker FAW acquired a 10% stake in Mobike and is set to provide EVs to the bike-sharing startup who recently rolled out its ride-hailing services in Guizhou. (Reuters)

Baidu unveiled Apollo 2.0, an upgrade to its open-source self-driving car software, and is also expanding to Singapore with a new Apollo Southeast Asia Fund. (Venture Beat)

Tencent joined an investment worth hundreds of millions of RMB in Peilian, a Chinese online music tutoring platform. (QQ.com)

Meituan is to roll out its ride-hailing services in Beijing as it has achieved a targeted 200,000 pre-subscriptions for its service in the country’s capital city. (QQ.com)

Xiaomi hasn’t decided when and where to list, according to an insider familiar with the matter from an investment bank. The speculation of Xiaomi’s $200 billion market capitalization seems to have overvalued the company. (36Kr)

Jiangsu Consumer Council sued Baidu for monitoring users’ call and location. In response to that allegation, Baidu said its apps were not spying on their users. (The Beijing News)

Didi announced to have served 450 million users across 400 cities in China with 7.43 billion rides in 2017. On average, each Chinese has used its ride-hailing service for 5 times last year. (36Kr)

About 35% of full time live streaming anchors in China earn more than ￥8000 (around $1231) in 2017, according to a newly released report by social networking service provider Momo. (ChinaNews)

Regulators in Shanghai issued a notice to rectify problems like high-interest rate and personal information infringement in the cash-loan business. (wdzj) Bitcoin saw a steep fall in its price to under $15,000, as concerns that regulators will tighten their grip on cryptocurrencies weigh on. (Bloomberg)

Google is to roll out Google Pay, combining its Android Pay and Google Wallet under a brand. (Venture Beat)

GoPro confirmed the company is planning a layoff of at least 250 employees and is leaving the drone business. The company has hired JP Morgan to help it seek a potential sale. (CNBC)

The number of AI-powered smartphones will rise 70% in four years, according to research and advisory firm Gartner. (NetEase)

Two-thirds of vocal assistant users use less their smartphones, according to a report by Accenture. (36Kr)

At CES 2018, graphic chip mogul Nvidia unveiled the next generation of its autonomous driving stack powered by Xavier, which cost the company $2 billion. (zdnet)

Amazon is targeting the Windows PC market and potentially challenging Cortana, as computer brands Asus, HP and Lenovo announced at CES 2018 that they will roll out their Windows 10 PC with Alexa installed. (IT Home)