China has seen the biggest investment in a new media startup, as 36Kr has secured a US$45 million investment. The Neo Business Conference: Wise 2017 was joined by top investors and entrepreneurs to share their insights on the future of business. Indonesia: The Jakarta Intercultural School is to forbidden Go-Jek drivers to deliver lunches from third-party restaurants ordered by pupils using the Go-Jek app, as it considers the food endangers students’ health. (Bloomberg)

Singapore: SGInnovate has appointed 17 co-investors under the Startup SG Equity scheme that will focus on investment in early-stage deep tech startups in areas such as AI and Blockchain. (DealStreetAsia)

Singapore: 500 Startups has invested in a seed round in Oxfordcaps, a city-state-based student housing startup, which aims to enrich the student-engagement online community in Asia. (DealStreetAsia)

Singapore: The transaction value in Singapore, including M&A, IPO, and private equity funding, reaches over $130 billion in 2017. Among the total 1420 deals, 20 were valued at more than $1 billion. (DealStreetAsia)

The Philippines: Robinsons Retail Holdings has acquired 20 percent stake in the operator of e-commerce site BeautyMNL, Taste Central Curators, as the multi-format retailer expands its presence in the beauty format. (DealStreetAsia)

The Philippines: The country’s Central Bank is evaluating 12 applications for the registration of virtual currency exchanges. It has issued permits to two companies earlier this year, while saying the move doesn’t come as it endorses cryptocurrencies. The Philippines is one of the biggest countries in use of bitcoin, as citizens overseas tend to send money back using bitcoin because of the lower costs compared to bank transactions. (DealStreetAsia)

Singapore: Australia’s Cover-More Group, a travel and health insurer, has acquired a majority stake in FitSense, a health data analytics startup from the National University of Singapore. (e27) 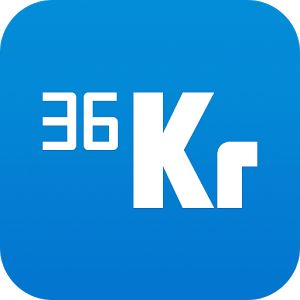 36Kr, a comprehensive service provider aiming at serving innovative entrepreneurs, has secured US$45 million investment, marking the largest investment in a Chinese new media startup to date. The company now is poised for an IPO.

“Startup owners have to be determined about what they are achieving,” said CEO Liu Chengcheng at the Neo Business Conference 2017 held by 36Kr. He thinks the company has undergone a difficult time when it was initiated, when little attention was given to investment in tech startups. (36Kr)

Mobvoi CEO Li Zhi: The future interaction between human and machine will be achieved on smaller and more portable devices, which are made without screen or keyboard. (36Kr)

Guoxiaomei founder Yan Limin: Business in self-service smart shelves has strong potential, as many people go to work without having breakfast and they can find snacks at the self-service shelves placed in the office. (36Kr)

Kr Space President Zhong Shu: In the future working scenario, the office will be a place where you want to stay even after work and shared office will be the trend. (36Kr)

In the third quarter, PPDai has made around US$187.9 million in revenue, seeing an increase of 244.9 percent compared to the same period of last year. (iFeng)

Lexin is eying a US$100 million IPO in the U.S., following the issuance of stricter regulation on online micro-lenders. The company was targeting US$500 million in its prospectus last month. (Sina)

Chines regulators urge P2P organizations to register before the end of June next year. (cnBeta)

Qihoo 360 denied the speculation that the company’s monitor video was being broadcasted without users consent. (36Kr)

The merger between ofo and Mobike should come out of the thorough consideration of their CEOs, not investors, according to Zhang Ying, partner at ofo’s investor Matrix Partners. (weibo)

After Jia Yueting was said to be placed on debt blacklist by Chinese regulator, Faraday Future, the company backed by Jia, was revealed to be in financial crisis. (techweb)

Stephen Hawking claimed the AI is to be the best invention or the worst in the human history, at GMIC conference. (Sina)

The Olympic torch was carried by a humanoid robot in torch relay in South Korea. The robot was developed by Korean Advanced Institute of Science and Technology. (scmp)

Koinex, a multi-cryptocurrency exchange and trading platform in India, has secured an undisclosed sum from Singapore’s VC firm Beenext and Pantera Capital. (e27)

Dreamscape Immersive, a VR startup backed by 21st Century Fox and Warner Bros, has closed a $30 million funding round. (Bloomberg)

Bitfinex, one of the biggest bitcoin exchange platform, has restored after hack attempt. (Bloomberg)

Trump signed a bill banning the federal use of software made by Kaspersky Labs. (TechCrunch)

Toyota and Panasonic are studying a plan to jointly develop EV battery. (cnBeta)