Hearing it all: Q&A with Amy Zheng, Asian growth markets general manager of Cochlear | KrASIA
Zheng explains the obligation to improve patients’ lives over the course of decades.

The opportunities that are available to us depend in part on where we are born. A child that cries its first cry in Singapore is dropped into a setting where it will receive incredible medical attention. Travel a short way in any given direction, and those privileges may no longer be available.

Cochlear has been making hearing implants for more than four decades. Its Southeast Asia operation is based in Singapore, with Amy Zheng leading a team as the company’s general manager of Asian growth markets. In a conversation with KrASIA, Zheng unpacked the complicated and lengthy process of bringing about change that gives people who are born with severe hearing impairment the chance to regain a sense.

KrASIA (Kr): Let’s start with an introduction of Cochlear. The company was founded in Australia, and now it’s an important provider of hearing implant products. What are the company’s roots?

Amy Zheng (AZ): Cochlear was founded 41 years ago, and we have constantly been at the forefront of medical innovation. What we do is very specialized. We are a global leader in implantable hearing solutions, including products like cochlear implants, bone conduction implants, and steady state implants. But the company’s journey started much earlier, when our company’s founder, Graeme Clark, was just five years old. He saw his father struggle with hearing loss. Later, he wanted to devote himself to this area.

When he was on a holiday in 1977, inspiration struck when he saw a seashell and a blade of grass. The seashell’s shape resembled the cochlea, which is part of the inner ear. The blade of grass could represent an electronic device [that stimulates hearing].

Kr: What is your role at Cochlear?

AM: I am the general manager of Asian growth markets, which is a geography cluster that consists of eight markets in Southeast and South Asia, including Singapore, Malaysia, Indonesia, Thailand, Vietnam, Sri Lanka, and Pakistan. Collectively, this covers the fourth largest population in the world, and the World Bank projects this area to be the fourth largest economy by 2030. The collective GDP of this region is projected to grow by around 5% over the next 10 years.

Cochlear has been here for around 15 years. I have a team of around 30 colleagues across this region. My responsibility is to work with our distributors and business partners involved in hearing health—hospitals, clinics, and other health service providers.

Aside from providing these medical devices, we try to empower people and transform the way they understand and treat hearing loss. We link up with teachers and government entities such as health ministries to expand the capabilities of early diagnosis and early intervention of hearing loss.

Kr: You’re a longtime professional in the pharmaceutical and medical device sectors. What convinced you to join Cochlear in 2020?

AM: I enjoy working in the pharmaceutical industry because it gives me pride to help patients remain healthy or keep their disease under control. This helps them achieve their treatment goals.

Before Cochlear approached me, I had to gain an understanding of medical device companies. I was impressed because in the past, it didn’t matter if we were working on a cancer drug, a cardiovascular drug, or anything else, we couldn’t get patients back to their previous healthy conditions. The drugs would just keep them at a stable level so they could continue with their lives. Cochlear made me realize that a device could help someone who can’t hear become a hearing individual and live life as fully as their hearing peers.

AZ: Our job doesn’t end after a device is implanted. Once someone becomes a Cochlear patient, they’re with us for the rest of their life. The company sees it as our responsibility to stay connected with the patient for the next 30 or 60 years. This is something that I hadn’t heard of previously. 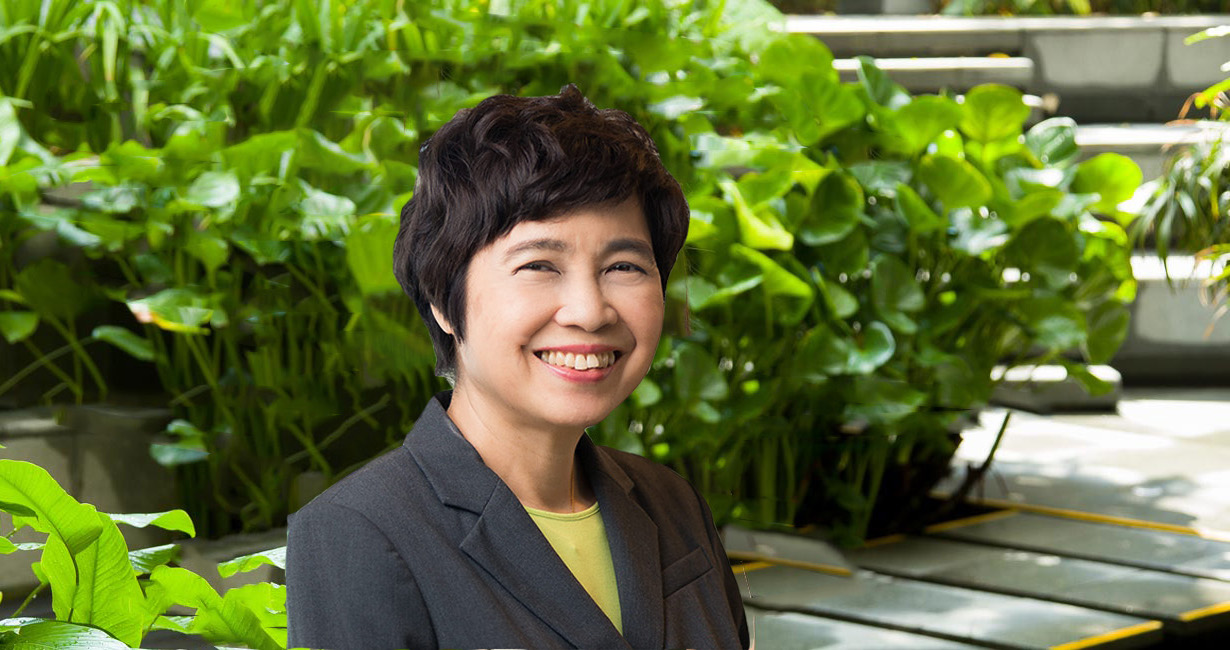 Deep tech startups are gems for investors with an appetite for risk, says Yoke Sin Chong of iGlobe Partners

Kr: Let’s take a moment and consider the business side. There’s a clearly defined ceiling for how many people Cochlear can serve—only those with hearing loss would commit to an implant. By taking that into account, what are the growth prospects of Cochlear in Southeast Asia?

AZ: Cochlear’s products are for people with severe to profound hearing loss, which would be a reduction of 60dB. That’s a small percentage of the population.

We have two segments. The first is children who are born deaf or with severe hearing impairment. Data shows that around three out of 1,000 newborns fit into this category. They’ve never had hearing. If they receive implants early enough—ideally before they turn three years old—then their brain can receive sensory stimulation, which affects neurodevelopment.

The other segment is seniors. These people had normal hearing and may have lost it because of their occupation, diseases, or other complications. The aging process can also deteriorate their hearing. They may have been using hearing aids, but eventually, even the most powerful options no longer work for them. Cochlear implants can help them after they hit the end of the road.

In the region that I cover, there are close to 9 million people who have profound hearing loss. We are still far from the saturation stage.

Kr: For older people, there is often a mindset that losing hearing is just part of the process of aging. How does Cochlear dissolve that perception?

AZ: People need to understand the differences between hearing aids and Cochlear implants. A hearing aid is an amplifier and a high-tech speaker. Every sound in the environment gets amplified, and it may be difficult to just highlight what you want to hear. Also, the sound quality may be distorted, and the hearing aid may not deliver accurate audio in noisy environments.

Cochlear implants, on the other hand, bypass the dysfunctional inner ear. The external component captures sound and transforms it into electrical impulses that are delivered directly to the auditory nerve. Our brain can be trained to interpret these signals as hearing. It’s a magical process.

We have conducted many clinical studies that show hearing aids only lead to 9% speech recognition, while Cochlear implants give patients more than 78%.

There is another fundamental reason for elderly people to intervene with hearing loss. The World Health Organization published a report on hearing loss last year. It said that not intervening with hearing loss leads to a higher likelihood to develop dementia. That means this is no longer a lifestyle issue—it is a health emergency.

Kr: On the other end of the spectrum, many of Cochlear’s patients are children. What does this early intervention lead to?

AZ: For children, the medical emergency can be even more severe because hearing is a major element of brain stimulation and brain development. This is proven by research published in medical journals. There are images comparing the neuron development of non-hearing children and children who can hear naturally, and there are massive differences. Early diagnosis of hearing loss and implants can give children a very different future. It’s a social responsibility to ensure that this happens.

In Singapore, we are fortunate that the government pays for a significant portion of the fees. However, in neighboring countries, that is not the case.

Kr: Does Cochlear conduct any outreach to change the policies in Southeast Asian countries?

AZ:  It’s a continuous and committed effort. It’s not something that can be achieved in a very short time. There are complex political and economic systems to navigate. First, we partner with healthcare professionals who then try to influence the decision of their lawmakers.

I’ll give an example. My children had hearing screenings [in Singapore] the second day after they were born. It’s an essential service that should be universal. In the Philippines, there are no such tests. They only test high-risk babies, such as preemies. One ENT [ear, nose, throat] surgeon was deeply passionate about helping young children who had hearing loss.

She used data to prove that hearing tests for newborns would be a benefit to the medical system. She worked with senators and eventually a law was passed to make hearing screenings mandatory. After that, Cochlear worked with her to build up the infrastructure in a government hospital and train the staff. They also had to tell parents that there is a cost to screen their babies. It took her 20 years.

Kr: That’s an interesting case. Given that Cochlear works on such long timelines, with the company possibly serving a patient over decades, what is the pace of innovation like? How quickly do Cochlear’s implants advance?

AZ: There are two components in Cochlear devices—an internal part that is made of titanium and electronics, and an external piece that is a sound receiver. The technology behind both pieces evolves quickly.

The internal component is a sophisticated device that takes around 600 steps to assemble. It’s a delicate procedure that is done by hand, almost like making a watch. We endeavor to make it smaller, thinner, and more compact to minimize the trauma of implantation.

The external component is magnetically attached. In the past, Cochlear patients could not use MRIs with field strengths greater than 1.5 Tesla. These days, it is also much smaller—this part used to be the size of a Walkman, and the patient would have to wire up to wear it. Now it’s the size of a coin and can be covered by hair.

On a technical level, Cochlear improves its system at a rate that is faster than competitors. We upgrade our technology every three years. Others may take five to six years. We take pride in devoting many resources to research and development.