The Appeal of Expanding into Tokyo — UNLEASH TOKYO DAY 1 | KrASIA
Organised by the Tokyo Metropolitan Government, Unleash Tokyo Day 1 highlights the appeal of Tokyo, encouraging foreign companies to have confidence in the city’s growing ecosystem.

Unleash Tokyo 2021 is an inaugural summit organised by the Tokyo Metropolitan Government. Aimed at re-introducing the already familiar city from a different angle, this online event spans 3 days, 9 – 11 March from 1 – 3pm (SGT). Click here to view the full program lineup.

Re-watch day 1 or subscribe to the Invest Tokyo channel to catch day 2 and 3!

Introduction of Unleash Tokyo, future vision of Tokyo as a business city

In the opening segment, Hisaaki Terasaki, the Director General at Tokyo Metropolitan Government (TMG) sets the tone for the next 3 days of dialogues and insights. Mr Terasaki shares that Tokyo is a city that attracts many visitors with its quality of life, food culture and more. Yet barriers to entry remain for foreign companies, such as differences in business practices and language. In the light of the attractions and challenges of Tokyo, the TMG hopes to share the ‘current’ Tokyo with foreign companies interested in expanding into the city. According to Ms Reiko Tagawa, Director at TMG, there is a whole range of free support services aimed at helping foreign businesses from initial interest to officially setting up an office in Tokyo. These services include strategic consulting to adapt to the local market, guidance through administrative procedures, and even assistance to find a suitable office location in the city. Additionally, with robust partnership and business matching support, the TMG has seen more than 250 successful matches between foreign and local companies in a year. And the recently established Tokyo Startup Ecosystem Consortium includes more than 50 accelerator programs.

The keynote speech was given by Ryuji Mitsuishi-Banderas, Director of Twitter Next Japan and Korea, at Twitter Japan. Mr Mitsuishi-Banderas touched upon the importance in grasping information currency as a way to penetrate and find growth within the Japanese market.

He shared three key points to remember. Firstly, Immersion. One can only realise and understand the Japanese society, including potential customers and partners, by immersing oneself into the local society. Being aware of your audience counts.

Second, finding your tribe. Being a largely homogenous society, Japan has a unique culture of tribes — smaller groups that come together via shared interests. Sowing seeds in smaller communities through such shared interests and the exchange of information is a good way to grow your network. Lastly, the social custom of ‘reading the air’ or ‘kuki o yomu’. Mr Mitsuishi-Banderas highlights that a key part of communication in Japan is honing the ability to catch and decode non-visible signals and cues. Grasping this then better informs the action to take. 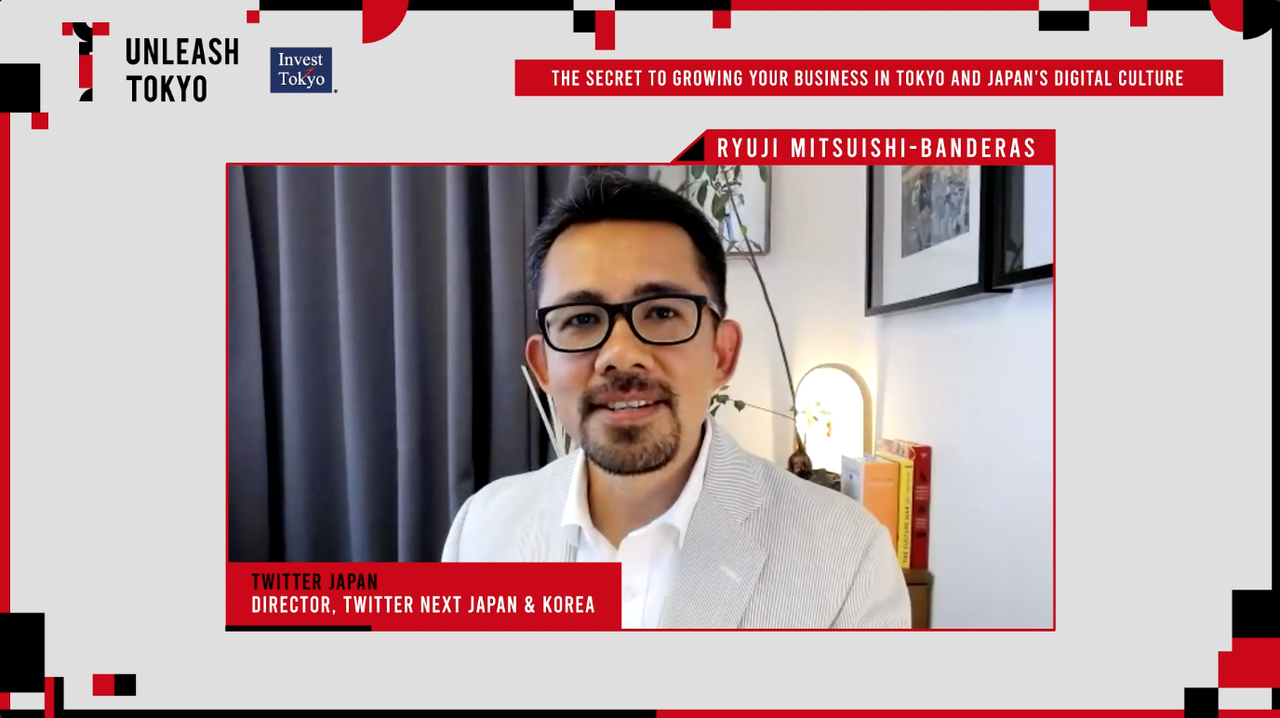 Business development and market opportunities for foreign companies in Japan

Up next, Wang Yingying, Partner at 36Kr Japan, hosted the dialogue session with Feng Dagang, CEO and Chairman or 36Kr.

To Mr Feng, Tokyo is a city with many fond memories and one that has truly fused the East and West. When asked for his thoughts on Japan’s tech and innovation landscape falling behind US and China, he replied “I don’t think anyone will say that Japan’s technology is somewhat behind”. He offered the more astute perspective of whether or not this technology has been mobilised to its full potential, and how should it be mobilised? Mr Feng highlighted the necessity of building up a holistic ecosystem to allow Tokyo’s high-quality technology reach it’s fullest potential. The experienced group of investors first shared their thoughts the upcoming trends they’re anticipating. Mr Chhor in particular highlighted deeper technologies such as biotech and life-sciences as one to look out for, falling back on Japan’s strength in research. Ms Koh also highlighted interest to see more Japanese companies to explore regionalisation or globalisation — a thought echoed by her fellow panelists.

Mr Isayama imparted practical advice for startups looking to expand into the city, stressing the importance of finding a business partner who can reinforce credibility in local market, citing Toyota’s and Salesforce’s partnership. Moving on to the dialogue between Ryusuke Komura, Program Director of Venture Cafe Tokyo, and Yoko Makiguchi, the Representative Executive Director of Revolut Japan.

Speaking on Tokyo’s unique charms, Ms Makiguchi shared her experience in learning how and why the Japanese take their time and execute patience when cultivating business partnerships. “Time spent actually means you can carry out a much longer relationship, and probably a much broader and deeper relationship.”

Additionally, she noted that foreign companies tend to think that Tokyo is a high cost city and is heavily regulated, resulting in a lot of ambiguity. Yet, the Revolut team has realised that the regulators are very supportive and reasonable, and ultimately played a part not only in helping them achieve sustainable growth. The last dialogue featured one of Japanese’s most popular characteristics, it’s food culture. Editor in Chief of Timeout Tokyo, Lim Chee Wah spoke with Zaiyu Hasegawa, the owner and chef at Den. Den is a 2 Michelin star restaurant that was ranked 11th in the World’s Top 50 Restaurants, in 2019.

Unassumingly, Mr Hasegawa provided a rather poetic end to day 1 of Unleash Tokyo. When asked what his definition of innovative cuisine was, he spoke of understanding the basics of Japanese cuisine and respecting the traditions passed down from generation to generation. Taking that and marrying it with what he thinks local and international customers will enjoy, all the while gaining feedback from them and sourcing ingredients from all over the world. He also emphasised the importance of working in a team to produce the best ideas.

A startup and a restaurant doesn’t seem too different after all. Stay tuned and catch day 2 of Unleash Tokyo 2021! Click here to tune in to leaders from Japan’s CVCs, global startups and more share what they think on businesses that are currently in demand in Tokyo.