Shiok Meats, a Singapore startup that develops lab-grown crab and shrimp meat, has raised USD 4.6 million in an impressive seed round backed by Y Combinator, the CEO of Philippine-based food manufacturer Monde Nissin, and other investors. The company is the first of its kind in Asia, and also the first cell-based meat cultivator to join Y Combinator’s accelerator program. Shiok serves up its clean shrimp in siew mai—steamed dumplings that are often part of a dim sum meal. The shrimp industry is known to be devastating to the environment and even involves slave labor, so a lab-grown alternative could be tremendously disruptive—and welcome—if the company manages to scale up.

Over in Indonesia, logistics startup Triplogic secured an undisclosed amount of seed funding from East Ventures. The company handles deliveries in 61 cities across the country. By placing smart lockers in local shops to use as drop-off points, parcels can be delivered to their destinations within three hours. The firm makes inter-city shipments too. Triplogic says it handles thousands of deliveries each day, and aims to have more than 15,000 drop points by the end of 2019. It will use its new funds to expand its network, as well as advance its technology. 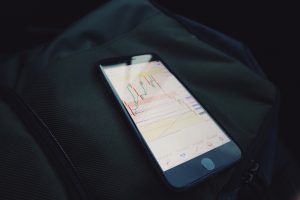 Lubna.io, an Indonesian robo-trading platform that helps its users trade multiple financial assets automatically, has also raised seed funding from East Ventures. The fresh funds will be used for further product development, new hires, and launching the product. Through its dashboard, Lubna.io allows retail investors to check both fundamental and technical analyses of their trades, receive real-time push notifications whenever a trade is automatically executed, and view their trading histories.

Myanmar’s eSchool has raised USD 700,000 from fellow Burmese firm Blue Tech Venture Co Ltd. Blue Tech now holds a 30% stake in the edtech startup, which developed a phone-based platform utilized by students, parents, teachers, and school administrators to keep track of grades, attendance, and class schedules. eSchool was established in 2015, and in the following year became the winner of the Seedstars startup competition in Yangon. The company says it has cultivated 20,000 users across various townships in Myanmar. It will put its new funds toward expanding its platform for universities.