KEY STAT | ByteDance first quarter revenues up 130% with annual target half of Tencent's 2019 earnings [Update] | KrASIA
TikTok’s owner set an annual revenue goal of RMB 200 billion, while more than 80% of its 2019 revenue was from online advertising.

In May, TikTok, with downloads from its Chinese version Douyin counted in, was again crowned as the most downloaded app worldwide (non-game) with more than 111.9 million installs, said Sensor Tower. The short-video duo brought in over USD 78 million in revenue during April, 86.6% of which came from Chinese users.

The popularity of the two apps, together with news aggregator Jinri Toutiao in China, have made ByteDance the second-largest digital advertising player in China, beating internet giants like Baidu (NASDAQ: BIDU), JD.com (NASDAQ: JD) and Tencent. Nearly 90% of the company’s revenue came from advertising, said research firm QuestMobile. 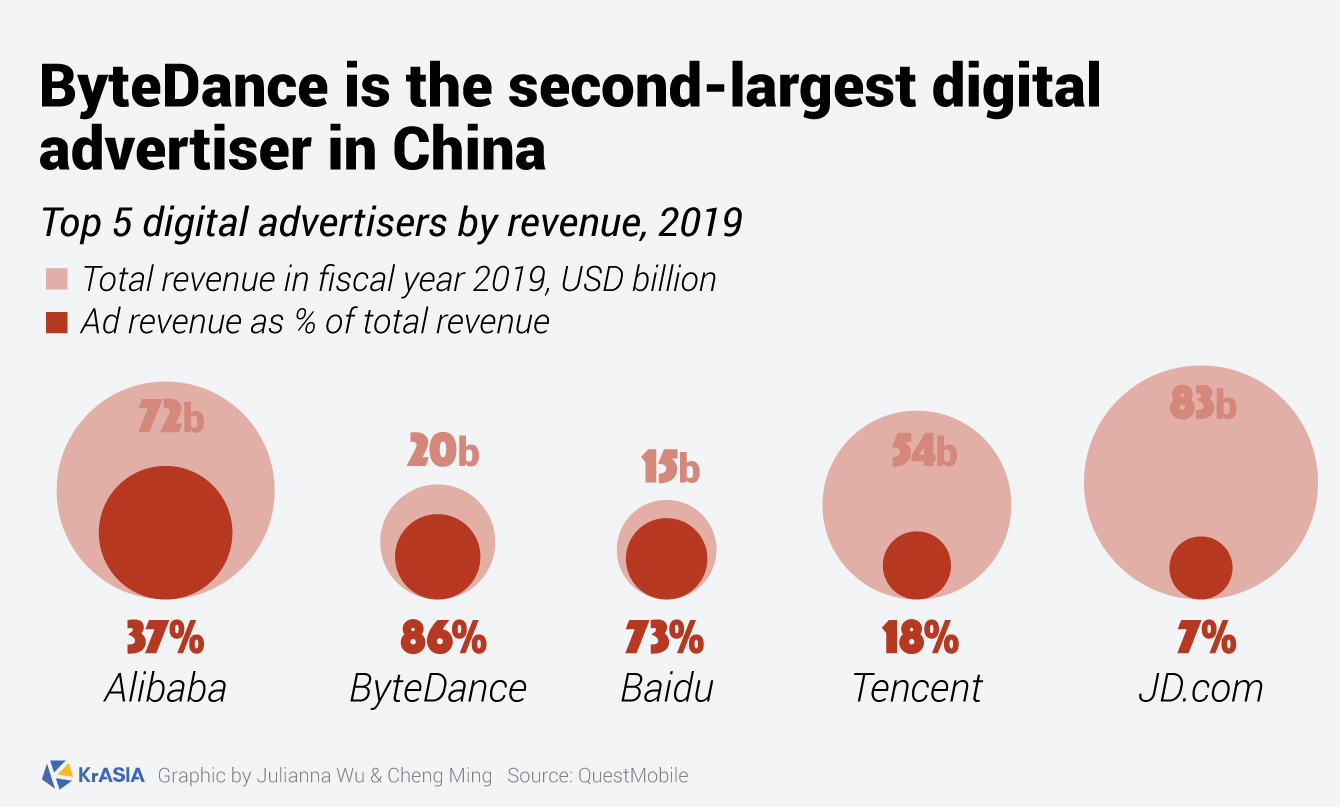 Earlier this week, ByteDance secured a USD 140 million plot of land in Tencent’s hometown of Shenzhen for its new regional headquarters.

Except for deploying its own team in the gaming market, the Beijing-based startup is also eyeing opportunities in sectors like online education, online medical services, cloud computing, and in-vehicle infotainment.

Recently, ByteDance has also reportedly set up an e-commerce department, potentially in cooperation with Alibaba (NYSE: BABA; HKEX: 9988), ahead of the national “618” online shopping festival in mid-June, per 36Kr.