For this week’s “Early Stage,” KrASIA’s writers look at four startups in Southeast Asia that have managed to woo investors. Sometimes, a modest sum is all that’s needed to for entrepreneurs to push ahead.

Tech startups need companies that provide basic, infrastructural services. MM Digital Solutions in Myanmar does that, ensuring that tech entrepreneurs in the country can tap them for design, IT solutions, as well as app development. It has already developed SaaS platforms that have been used in consumer lending and hospital booking services. Recognizing that the company is set to do big things in Myanmar, Singapore-based Seed Myanmar Ventures and Theta Capital Group have poured in a six-digit investment for recruitment and to develop its operational infrastructure.

Need a golf buddy? In Malaysia, Deemples raised USD 105,000. The modest sum gives the company fuel to host an app that connects lonely golfers so they can hit the links together. Deemples says it has 3,000 monthly users and its app has been downloaded 18,000 times in Malaysia, Singapore, Indonesia, the Philippines, and Brunei. 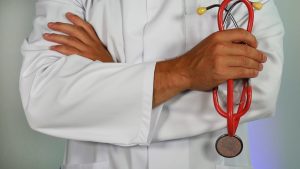 Over in Indonesia, Jakarta-based Medigo, a healthtech startup that is a month away from its first birthday, has secured seed funding from Venturra Discovery, Venturra Capital’s seed investment arm. Medigo offers several products, including software for hospital management, as well as an app that will be launched soon for patients seeking to connect with doctors in the company’s network of medical professionals and facilities. At the beginning of 2019, KrASIA projected that Indonesian tech startups targeting the country’s healthcare industry are worth looking out for.

Also in Indonesia, the job marketplace Ekrut closed its pre-Series A round, also led by Venturra Discovery. Ekrut currently hosts more than 2,700 employers and matches them with 120,000 job-seekers in its database. It’s no surprise that major local tech firms like Go-Jek and Traveloka also use their service. On average, candidates on Ekrut find employment within two weeks, the company says. In a country with a working population of 140 million, Ekrut is automating the hiring process. There are other portals that offer similar services in Indonesia, so—as you might guess—the company is putting its new cash toward improving its matching algorithms and expanding its user pool.